If you had told us in March 2020 that TWP would have our strongest revenue year ever, that we'd add staff, grow our programs, and break new ground in almost all our projects, we would have given you some serious side-eye...
A beautiful weekend for tree planting with our friends at @poudrewatershed, in an area burned by the #CameronPeakFire in 2020.
3 generations of tree planting in one photo 💚🙏🏽
It was great having @repjoeneguse on our porch for a great conversation,you can read more about it on our blog (link in bio).
There’s something different about us today… a new haircut? New glasses? Nope!
The results are in and according to the recent #IPCC #climatereport from the @unitednations we are headed towards inevitable temperature increases that will lead to even more climate-driven migration pressures and likely put billions in harm's way. 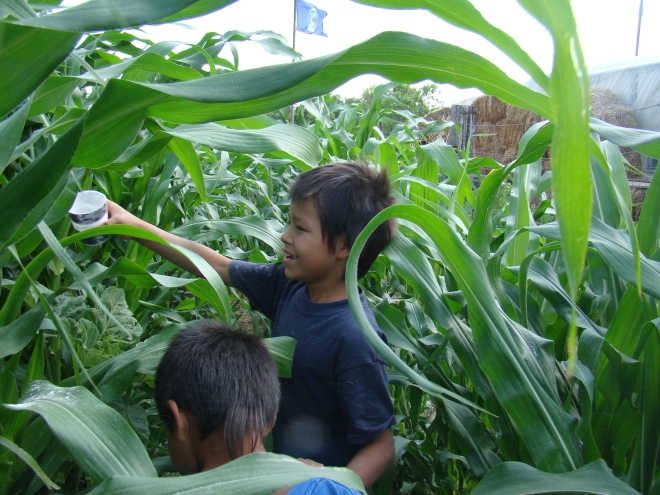 It seems to be on everybody’s minds these days. Maybe they don’t reference it directly, but no one can ignore the facts. Climate change is happening now. In days like these, when 100 degree temperatures are engulfing much of the country and bizarre and deadly weather is taking its toll right here in our communities, we can no longer marginalize our relationship with the planet. The National Climatic Data Center released a study today reporting that the current drought affecting the continental U.S. rivals the severity of the 1930s dust bowl. Here on the Great Plains that might scare a few people. It seems inane that we as a society are still turning up the oven knob while you, your family, and billions of people you’ve never met are all inside that very oven. We must ask ourselves what we are doing for the Earth, and in turn for ourselves. Not for our grandchildren – that falsely implies that our actions will not affect us in our lifetimes – but ourselves.

At the Tribal Renewable Energy Program, we can proudly say that we are doing a lot.  We’re training Native Americans to be 21st century Solar Warriors and defenders of Mother Earth. This past week was an important milestone in the program as walls went up in the new training annex in Pine Ridge. The interior construction of this new training space was expected to take two weeks, and was done in just over one. So now we’ll just take a moment to send out a few obligatory thank you’s: Big thanks to TWP board member Jeremy Foster for leading this project. His dedication to the renewable energy program cannot be understated, and without him, none of this would have been possible. We’re also supremely indebted to all of our volunteers who gave their time to travel to Pine Ridge and work like dogs for a while. And of course, we couldn’t have done it without our friends at Re-Member, an amazing volunteer service non-profit based in Pine Ridge which supplied tools and man power for a week. If you haven’t heard of them, please do yourself a favor and check them out.

With all this heat, you’ll be happy to hear that the Solar Warrior Farm hasn’t shriveled up and the squash hasn’t begun baking right there in the sun. In fact, we were told the other day that it is the best garden on the reservation, and last week the Solar Warrior Farm had its very first harvest! Beautiful yellow summer squash, an explosion of zucchini, buffalo currants, buffalo berries, calendula flowers, cilantro, mint, dill, wild bergamot, and sage all came out of the garden are were promptly distributed to visitors and other Pine Ridge residents. The rewards of our food security program are beginning to be realized, and they are so sweet. The key to our success thus far has been access to water. Water is life – without there are no trees, no people, no Trees Water & People (and you shudder to think “what would the world look like without TWP?”). In the garden, ecological design demands that there is redundancy in all things as a sort of safety net to prevent complete system failure. Irrigating solely from well water is dangerous because times of drought will eventually leave people hungry as well as thirsty. As rumors began to circulate around the reservation that wells were going dry in Porcupine, Wounded Knee, and elsewhere, we didn’t wait any longer to diversify our water sources. A solar-powered pump was installed to divert water from White Clay Creek to the garden. Rainbarrels are planned for water catchment from the greenhouse roof. A large cistern in the garden is kept full as an absolute last resort to keep the plants alive. With these measures in place, we can allay our fears of drought and move on to other battles: pests.

If you drive down Solar Warrior Road this time of year, it might seem like you’re boating across rough water. Grasshoppers, thousands of them, jump out of the road on both sides and form what appears to be cohesive liquid wave until further inspection reveals it to be a biblical swarm of bugs. Folks around here have told me horror stories of how the ubiquitous insect destroyed their gardens in an afternoon. Luckily Henry, the experienced gardener that he is, had an organic solution to save the Solar Warrior Farm from being devoured. Spreading flour over the corn stalks acts as a natural insecticide that doesn’t poison the food. It seems to be effective so far, but it’s an ongoing battle.

I’m starting to wonder whether the Red Cloud Renewable Energy Center may have outgrown its name. Since its inception, it has become an educational center in many areas other than energy – from sustainable food production to natural building. And it continues to grow. In the coming months, straw bale and rammed earth homes will be going up and natural construction workshops will be planned around those events. We already preparing the sites and anticipation is building.

As new architecture makes its way onto the reservation, I think it is appropriate to briefly pay homage to the vernacular architecture of the Lakota people. The more I learn about tepees (and I’ve learned a lot by putting them up and taking them down in the last couple weeks) the more I appreciate their design for doing everything that good architecture should. They use local materials, are appropriate for the local climate, the conical frame offers robust protection from the wind and rain, and they’re comfortable. I’ve slept in the tepee during the hottest nights of July and during the coldest nights of May – no complaints. A small fire inside the tepee will keep you plenty warm. Tepees are meant for easy assembly, but make no mistake; it’s only easy if you know what you’re doing. Henry was once in the tepee business and he and his family are seasoned tepee veterans. There are precise measurements and subtle details that that few realize. For instance, contrary to popular belief the tepee is not a symmetrical cone. The front end is more steeply pitched to leave a low ceiling in the rear sleeping quarters and a high one in the front living area. So if you’re feeling the heat out there, go crawl into a tepee if you have one.

2 thoughts on “Notes from the Field: Climate Change, Solar Warriors and First Harvests”